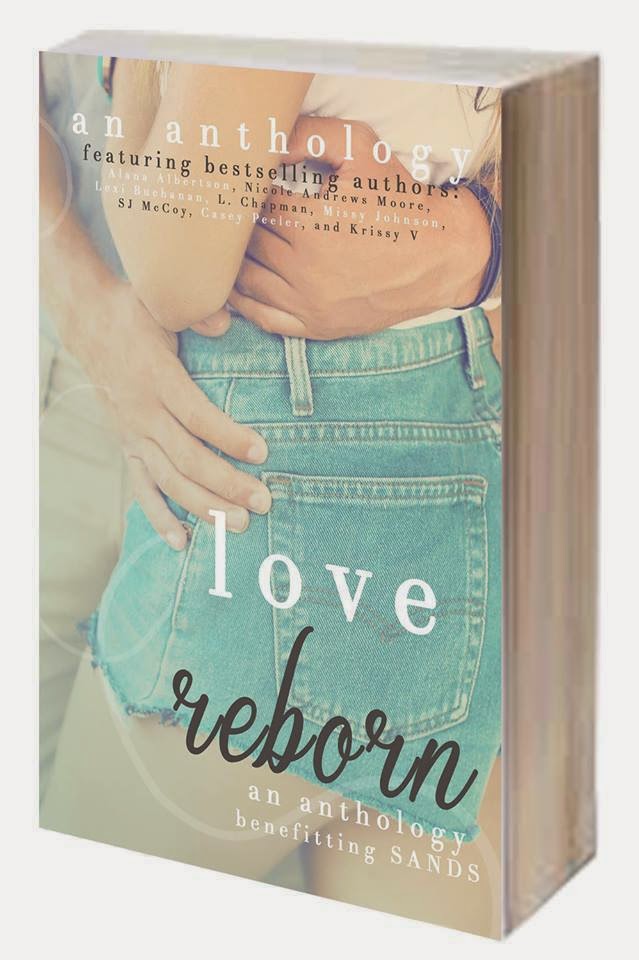 Sands is the stillbirth and neonatal death charity. We operate throughout the UK, supporting anyone affected by the death of a baby and promoting research to reduce the loss of babies’ lives.

Alana Albertson - Waltz on the Wild Side

Salomé
The dance I choreographed won an Emmy—but someone else claimed it.
The man I loved just got engaged—but another woman is wearing his ring.
I'm the reigning world champion ballroom dancer—but I'm not "TV material."
I'm too curvy.
I'm too short.
I'm too real.
Fuck Hollywood.
I'm no longer hiding behind the wings. I'm no longer letting people steal my life.
I'm ready for my turn in the spotlight—no matter what the consequences.


Vika
I left my country, my home, my language, my heart.
For a chance to have a life in America—live without prejudice and pain.
For freedom, I've given my heart and soul.
Love now means nothing to me but success and security.
Until I met him—the long haired rock and roll drummer with a boyish grin.
True love and acceptance will destroy everything I've worked for.
I'm ready for my chance for happiness - no matter what the consequences. 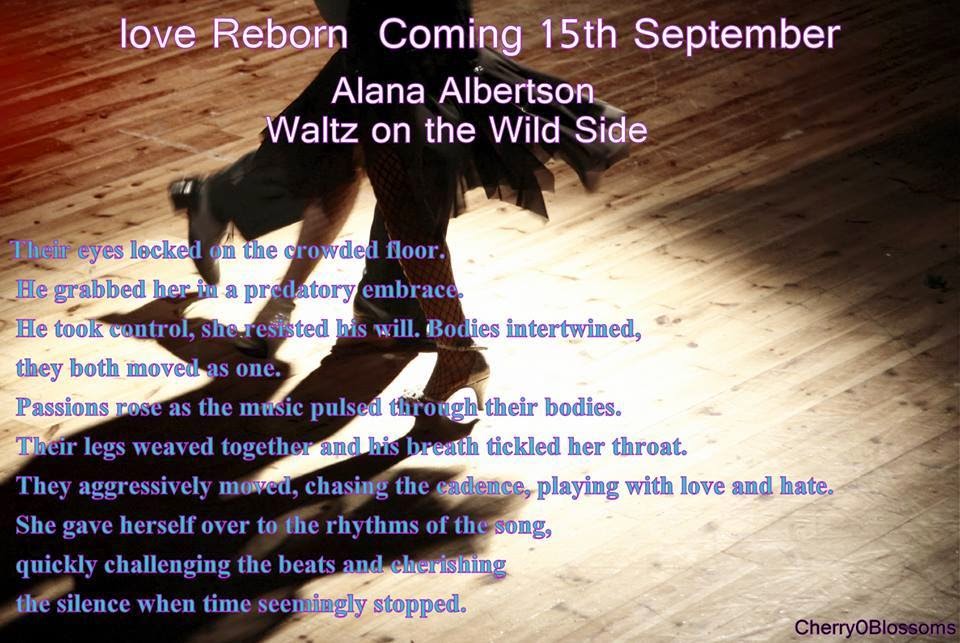 Nicole Andrews Moore - Stormy Surrender
Sometimes the life you planned isn’t the one you get to live. Sometimes the pain of the past overshadows the future. And sometimes to start over you have to go back to where it all began. That’s how it was for Joe Masters. That’s how he ended up back in New Hope. And that’s why he was in his thirties and had nothing to show for his life. He needed a complete overhaul, just like his father’s old house. Instead of a fast track, he had slowed down and was on a ten year plan. These days that was more his speed. And as much as he tried to fight the inevitable, he was learning to accept and surrender.
Martha had weathered her fair share of storms in Vermont, was accustomed to the cold, both the chill in the air and the cold shoulder in her marriage, but after the miscarriage she felt like she would never get warm again. So she did the research from the laptop while sitting in front of the fireplace. She knew what she needed when she Googled ‘hope,’ she just never imagined that it would bring her to New Hope, South Carolina. She never imagined that her husband would trick her into leaving and never follow. She never imagined that a southern storm with all its force and fury could be so destructive. But after the storm, the land is washed clean. It’s perfect for a fresh start, a clean slate, and a new love. 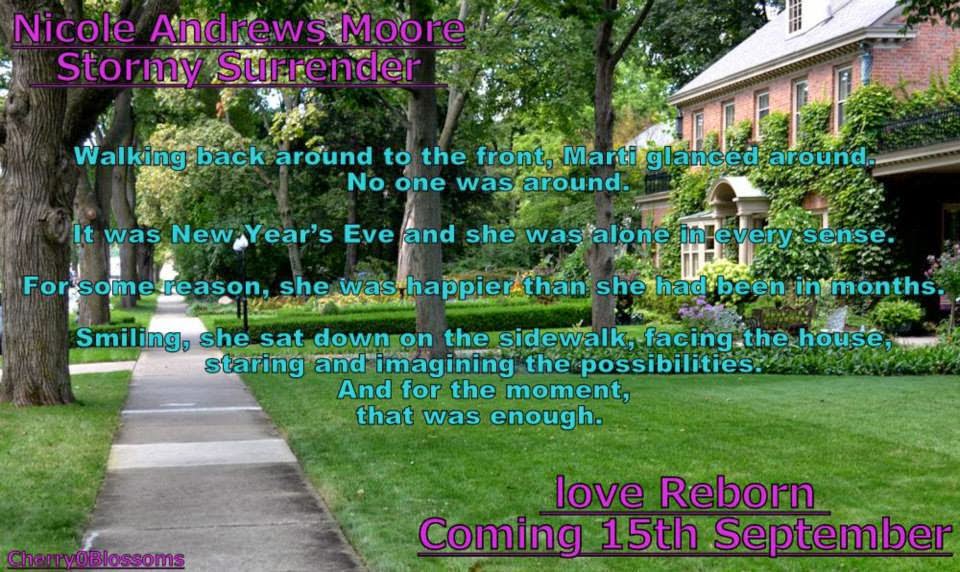 Lexi Buchanan - Seduce
Meet Michael, Sebastian, Ruben, Lucien and Ramon McKenzie.
Five hot brothers who are about to meet five equally hot partners.
Book 1 is Michael McKenzie’s story.
Michael is CEO of McKenzie Holdings and has a very bad habit of placing work before all else. His wife, Viv, had died in a car accident, with her current lover, on the way to meet with the divorce attorney’s six years ago. Michael was divorcing her because he’d discovered she’d had a stream of lovers during the course of their marriage. Since her death he’s had no wish to get involved with anyone, until Lily.
Lily, having lost her job at Oakfield Development gains employment at McKenzie Holdings thinking she’s going to work as the Assistant to Dale Roberts, but unbeknown to Lily she has been hired to work as Michael’s assistant. Lily is shocked, and disappointed to realize that the man she’s just been flirting with in the elevator is actually her boss.
Lily and Michael are instantly drawn to each other, but he’s her boss and Lily lives with her boyfriend of seven years. David, her boyfriend, has been acting strange for about five months which has caused Lily to re-evaluate her relationship with him and it comes up short, a lot. She had decided before meeting Michael that she wanted out of her relationship with David, but she has nowhere else to go, so she stays with him for now.
Michael and Lily finally start their relationship, which involves a lot of hot loving and scarves which Lily uses on Michael! Their relationship seems to be heading towards happily ever after, until Lily makes an announcement to Michael, which has him telling her to leave his home. She does, heartbroken, and runs to his brother Lucien. 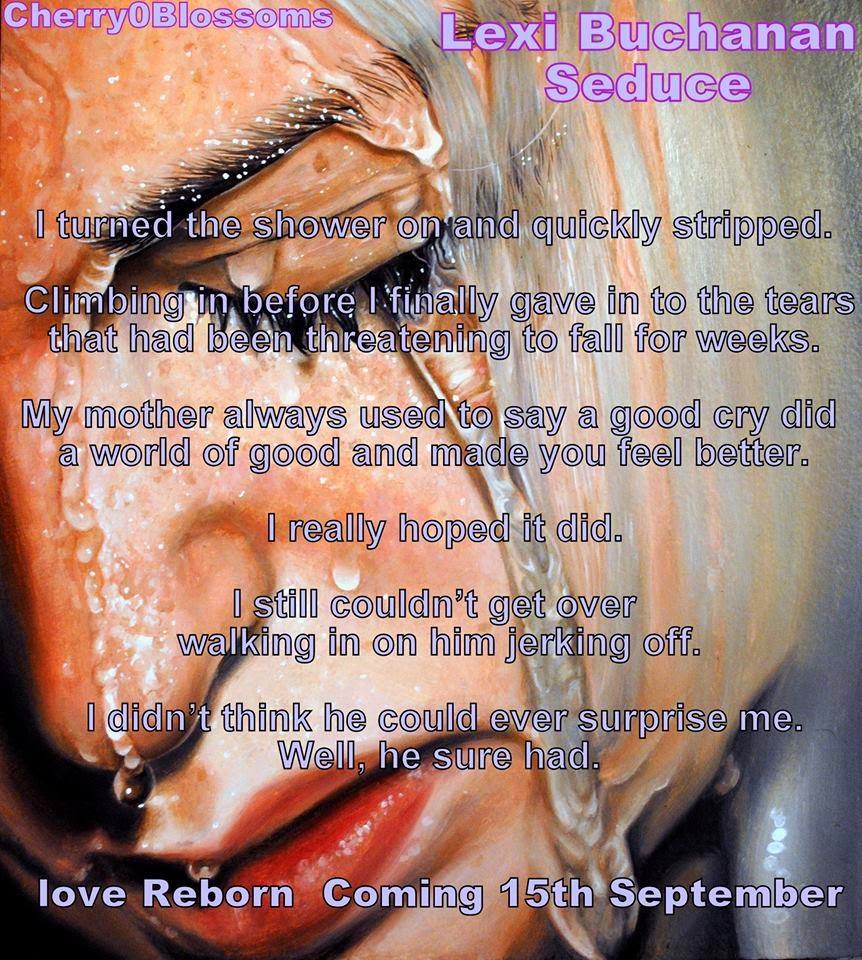 L Chapman - Trust
Lovely Megan Madden has lost her faith in men. But this has not kept her from the joy of her best friend's up coming wedding. While in London shopping for the big event, Megan's life takes a surprising turn when a quick drink brings changes to her life she never saw coming. Join in the roller coaster of emotions Megan must endure as she attempts to regain her TRUST.
Who knew a quiet drink could change your life? Missy Johnson - Always you
I was thrilled when I was offered a graduate teaching position at the prestigious Tennerson Girls Academy. At twenty-three, this would be my first ‘real’ teaching assignment. Working at the elite boarding school, home to the daughters of some of the wealthiest people in the world, was a great opportunity that I would’ve been stupid to pass up.
One week into my new job, and I suddenly had no idea why I chose high school…I was a seventeen year old boy once, I knew how teenage girls behaved.
You can’t even imagine the hell of trying to teach thirty, hormonal driven seventeen year olds who have been cooped up, away from any male contact.
I could handle the whispers every time I entered the room. I could even handle the obvious attempts at gaining my attention. What I couldn’t handle was her…
Rich bitches and way too many rules. Was it any wonder that I hated school?
Add to that the lack of male contact, and I was going insane. Like literally. I wasn’t used to this. A year ago I was normal. I had a boyfriend, friends and a loving family. There is nothing normal about me anymore, and nobody here lets me forget that.
My name is Wrenn, and I’m only here because my aunt took me in after what happened, but my aunt also happens to be the headmistress of this academy…Can you see my problem?
I’m hated for my lack of money, and I’m hated for who my Aunt is.
Then he arrived. Dalton Reed. My new history teacher.
Slowly, he helped me see that even in the worst situations, there is always hope. 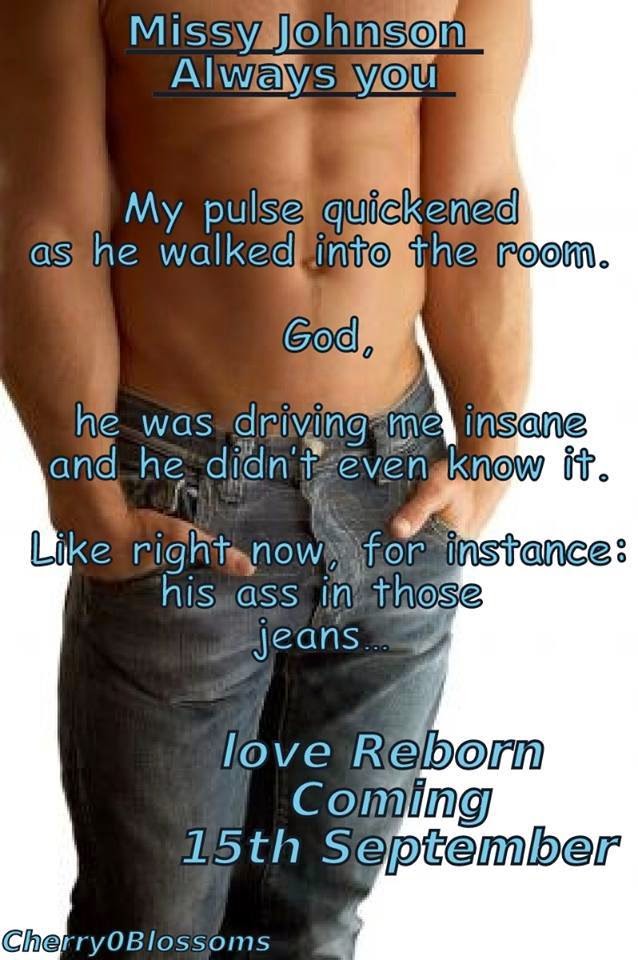 SJ McCoy - Work like you don't Need the Money
This book is intended for adult readers 18+
Holly Hayes is a realist, if nothing else. She's going to be Maid of Honor at her best friend, Emma's wedding in Summer Lake. Pete Hemming, self made millionaire, powerful CEO, all around good guy, is going to be the Best Man. If they're going to be able to get through their official duties, there's one thing they'll need to deal with first. Sex!
He may be out of her league socially and financially, but one thing is clear. He wants her. She wants him. What's the harm in one night of passion? It's inevitable they're going to end up naked together. So it's best to get it out of the way early, right? So they can get on with organizing the wedding.
Pete Hemming is a man with a plan. He's lived his life by the plan, built his business by it. The plan doesn't allow for a woman in his life, only in his bed. Trouble is, once he gets Holly into his bed, he can't get her out of his mind. But he can't let her into his life, can he?
The Summer Lake series follows a group of friends from a small lakeside town in the California hills. They have kept in touch over the years and now, in their early thirties, their lives are drawing them back to Summer Lake and to each other. 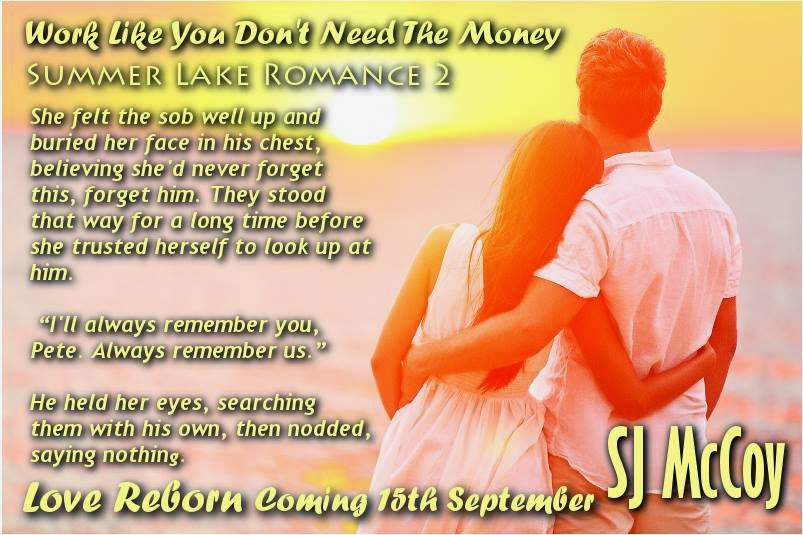 Casey Peeler - No turning back
After getting involved with Dylan, the bad boy of the Dixon High Swim team, Charley decides to stay close to home for college. It’s just safer that way. Later, she realizes it’s a mistake, just like dating Dylan. She decides to put the past behind her and leave the small hick town of Grassy Pond. There is only one problem; she makes this decision three weeks before the fall semester begins.
Charley packs up her Honda and heads to Southern College. On the morning she’s about to leave, Cash walks back into her life. He has been her best friend since they were four and is the only one who knows the REAL Charley. She leaves her farm in Grassy Pond with all kinds of “what if” questions.
Charley decides to live her college career to the fullest. She finds a great group of friends, joins the swim team, and meets a guy named Joe. He’s got eyes that make ya wanna melt!
At college, she encounters a new problem. Charley has been away from home for only forty-eight hours before she breaks the two promises she made to herself. Will she be able to overcome her past? Find new love? What will happen with Cash now that he is back in her life? Will she find what she is wanting in Jackalope Joe? How will her first semester of college end? Joe, Cash, or alone? 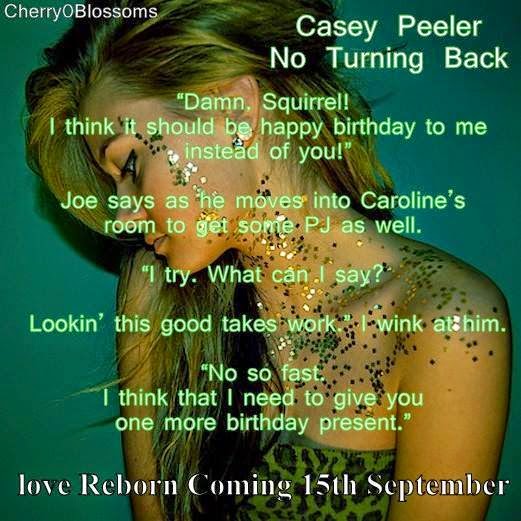 Krissy V - For better or for worse
Natasha Benson
Invites you, the reader


to follow her journey
her dreams:- he loves her, protects
of marrying the man of
her, makes her laugh
and


Until they actually get married!
Natasha –


“My life was so perfect,
so structured
came tumbling down in the worst w
and then it al
lay possible”


"Who knew that my wedding


vows would become the
story of my life?"


This is my story, about


how the perfect love
can go horribly wrong
.


the big highs and great lows
in my happy ever after. 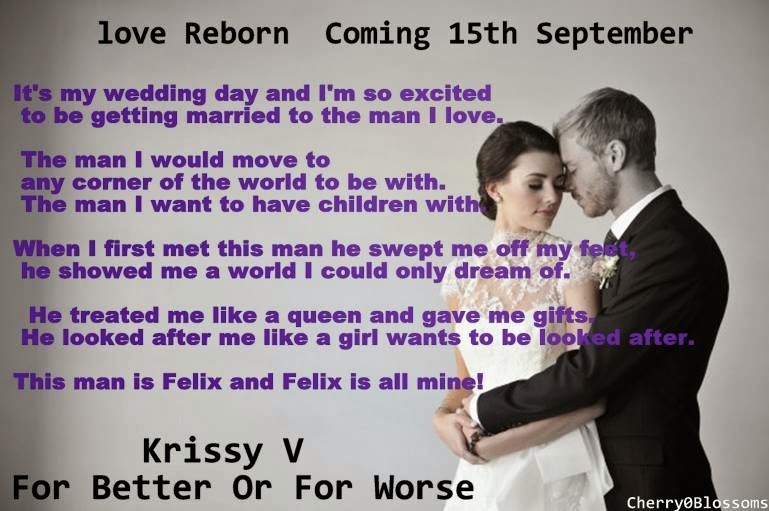 Hosted by Christine at The Hype PR